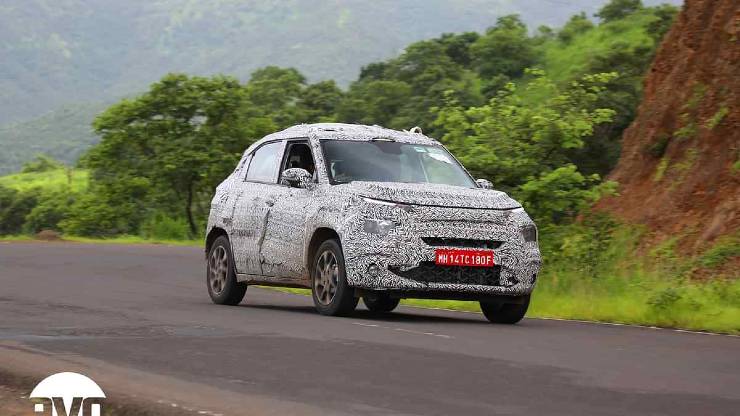 Tata showcased the HBX concept at the 2020 Auto Expo. The all-new car that will become the brand’s entry-level SUV will be launched next year after the lockdowns related to the COVID-19 pandemic caused a delay. The all-new HBX showcased at the 2020 Auto Expo is more than 95% similar to the production model as per Tata officials. Now the car has been caught testing under heavy camouflage.

The all-new HBX, which will get a different name on launch will be the second car on the ALFA platform. The same platform also underpins the all-new Tata Altroz that was launched earlier this year. The spy pictures by EVO show that the production version of the HBX will remain very similar to the concept version apart for a few changes like different tail lamps, door handles and tyres.

The HBX will take on the likes of Mahindra KUV100 and Maruti Suzuki Ignis and the higher-end variants of the Kwid too. It is likely to get a price tag of around Rs 5 to 7 lakhs, ex-showroom. Tata has always priced its products very smartly and can see that happening with the upcoming HBX too.

There is no information on the engine and features. However, it will be powered only a petrol engine. Tata will use the 1.2-litre naturally-aspirated petrol engine that also powered the Altroz and the cars like Tiago and Tigor. It will generate around a maximum of 85 Bhp and 113 Nm. Tata will offer a manual transmission and an automatic AMT transmission with the car. Tata has discontinued the diesel engine options in all their cars in the model-line below the Nexon. The production version of the all-new HBX will also get a long list of features. Tata is likely to offer touchscreen infotainment with ConnectNext interface. Also, like many other Tata cars, we can expect the HBX to be extremely safe too.

While the camouflage does not show the details of the production version, the concept HBX looks extremely muscular. The mini crossover will also get sleek DRLs with main headlamp clusters positioned down below. The front-end design will be heavily inspired by the Tata Harrier. The all-new HBX is likely to be launched in the first few months of 2021. Later this year, Tata will also launch the all-new Gravitas, which will be the seven-seater version of the Harrier. Tata is also planning to launch a mid-size SUV that will be positioned between the Nexon and the Harrier in the Indian market.