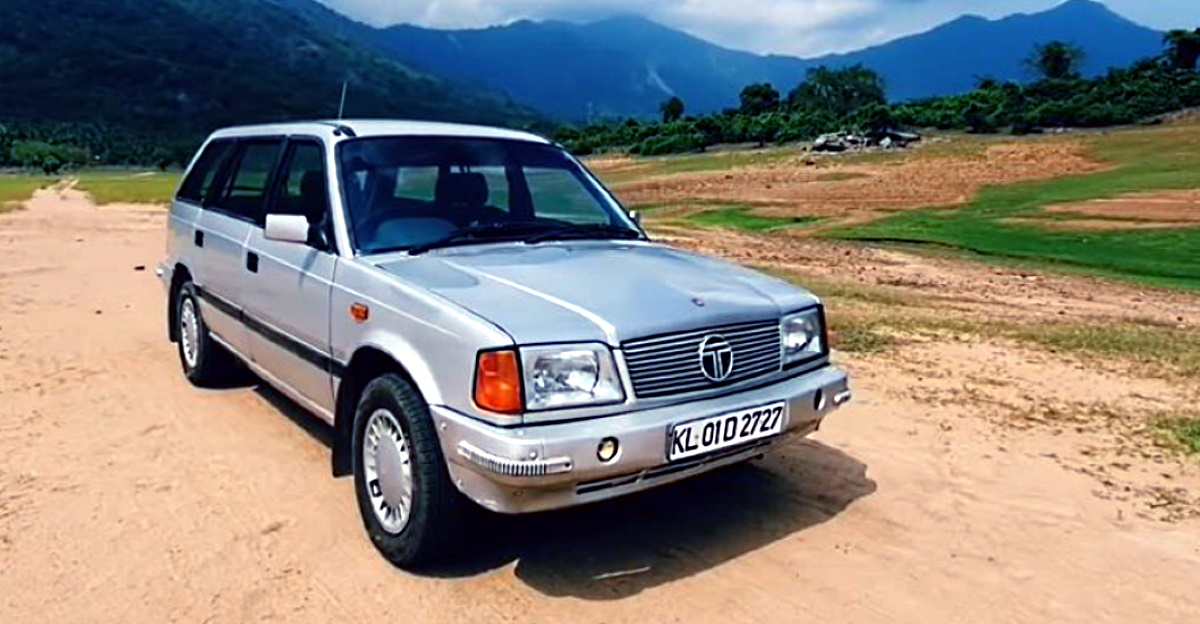 Beautifully restored Tata Estate on video: Blast from the past

Tata Motors has a wide range of products in their line up. One of the cars that Tata Motors had launched early in the 1990’s was the Estate station wagon. As the name suggests, it had loads of space on the inside. Unfortunately, the Tata Estate was way ahead of its time and later due to low demand, they had to discontinue the product. India as a market just does not accept Station wagons and many manufacturers who have tried to sell such cars in the past have also failed. Coming back to Tata Estate, even after so many years there are still well kept examples of it and here we have one such beautifully restored example on video.

The video has been uploaded by PETROLHEAD MOTOR GARAGE on their youtube channel. The video shows a well maintained 1994 model Tata Estate station wagon. Tata launched it in the market as a premium vehicle and offered almost all the modern features that we get in cars today. The Tata Estate used to come with features like air conditioning, power steering, power windows, music player and so on. The Estate’a body shell was based on the Mercedes Benz T-Series station wagon, giving it a distinct look on the road. The station wagon’s platform was based on the Telcoline (also called Tata Mobile) pick up truck, and this made it quite rugged.

The one seen in the video is a well maintained example and it seems like the owner had got the car repainted. It gets a silver colour shade and the parts like headlamps, turn indicator and tail lights are also retained. This Estate even retains the old wheel caps that it used to come with. Moving inside, the video doesn’t show the interiors clearly but, from what is seen in the video, it looks like the owner has maintained that as well.

As this is a station wagon, there is huge boot and the second row of seats can be folded easily to create more room for luggage. The Tata Estate was powered by a 2 litre naturally aspirated diesel engine that sent power to the rear wheels. This motor made 68 Bhp of peak power and 118 Nm of peak torque. The gearbox was a 5 speed manual unit that drove the rear wheels of the vehicle. The same engine-gearbox-drivetrain combination was seen in many Tata cars including the Sumo, Sierra and Mobile.