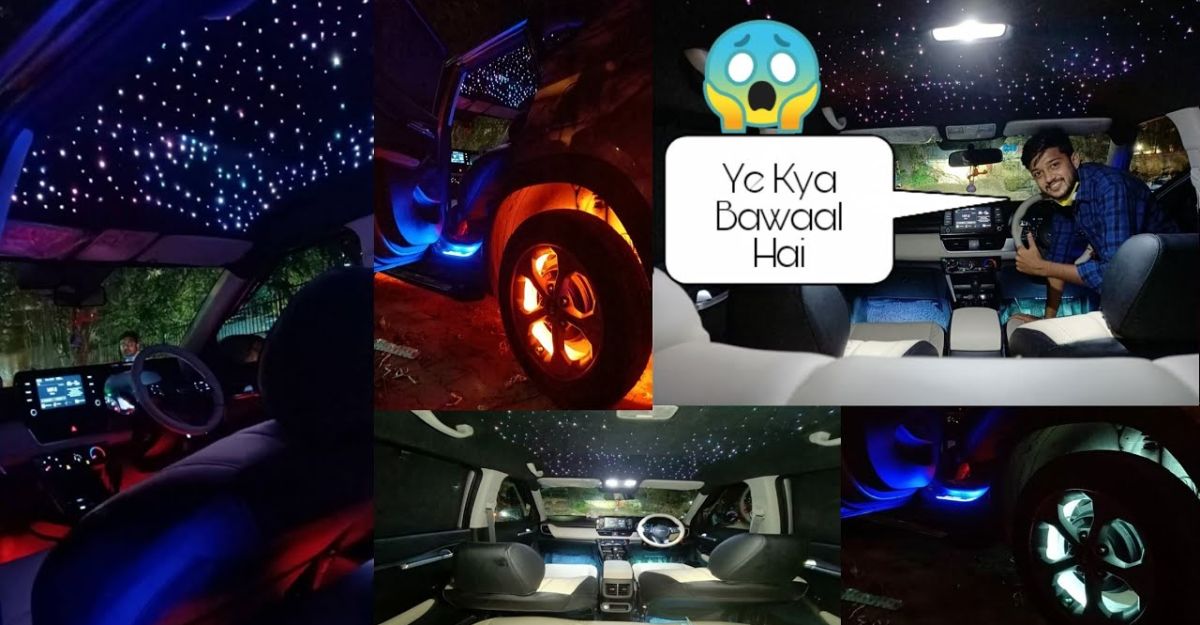 The Seltos SUV was the first product launched by Kia Motors in India. It has become a huge success and is a very common sight on our roads. Aftermarket accessories and modifications are now available for Kia Seltos and we have seen number of modified examples across the country. We have featured a couple of them on our website as well. Here we have a Kia Seltos that has been modified, and fitted with Rolls Royce-style starlit roof.

The video has been uploaded by Bike Muters on their youtube channel. The video shows the whole process of modifying the Seltos. The Seltos seen in the video is HTX variant and already comes equipped with features like touchscreen infotainment system projector type headlamp and so on. The modifications done to the SUV include an aftermarket projector HID fog lamp, LED DRL, extended inside the grille that acts as turn indicator as well.

The faux skid plate on front gets red accents similar to the one seen in GT Line. The alloy wheels are company fitted but, it gets an dual function LED light installed inside. To be honest we feel that it looks a bit odd and affects the overall look of the car. An aftermarket side step has also been installed. Coming to the rear, the reflectors have been removed and reflector lights have been installed. Apart from that everything remains the same on the outside.

Aftermarket floor mats have been installed and it even gets an ambient light set up. The main attraction in this Seltos is the roof itself. The whole roof is wrapped in black material and then fibre lines are inserted throughout the small holes pierced on the roof. The fibre wires are then cut and is tucked neatly inside the roof. It is one of the coolest looking feature in this car and is controlled by a remote. Apart from the LED lights installed on the wheels, everything else looks neat on the car. The starlit roof gives a unique look to the cabin.