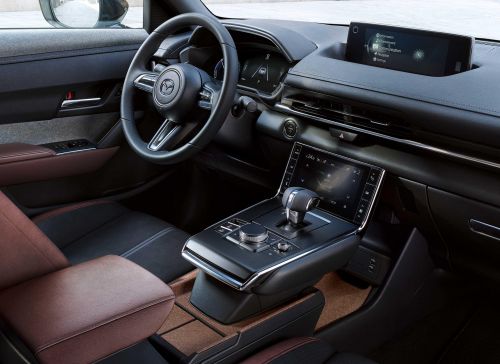 The Mazda MX-30 Combines A Wankel Rotary Engine, Hybrid Technology, and Isn’t Trying To Be Normal

(By Tom Lohnes) – Mazda has another crossover thing on the way and it’s quite strange. Carrying the MX nameplate, the MX-30 has RX-8 style styling and MX-5 style performance all wrapped in a hybrid package.

Technically a 4-door the MX-30 sports suicide doors like the RX-8, styling like no other Mazda out there, and up to 300 horsepower out of three supposed engine combinations. The base MX-30 is powered by a 2.0-liter N/A 4 banger with electric motors driving the rear wheels through an automatic.

Upgrade to AWD, and you have an EV. The fully electric MX-30 should get to 60 in under 6 seconds, which is refreshing due to the slowness of the entire Mazda lineup. The most interesting drivetrain combination, though, is the last one.

The MX-30 is rumored to be the first vehicle in the Mazda lineup to use a Rotary-based hybrid. Using a naturally aspirated four-rotor Wankel engine, this thing is sure to make rotary fans annoyed and hybrid fans confused. Power when aided by electric motors should be right around 300, and that’s a pretty healthy number considering the last rotary Mazda made like 225.

This is for sure a strange vehicle, but I’m excited to see what it brings to the table. If it’s priced right, it’ll sell. 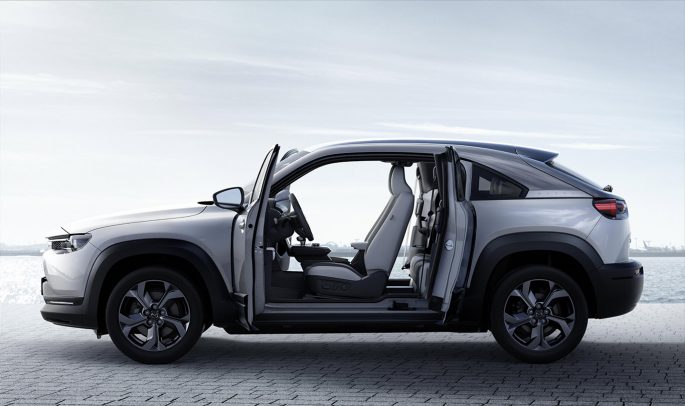 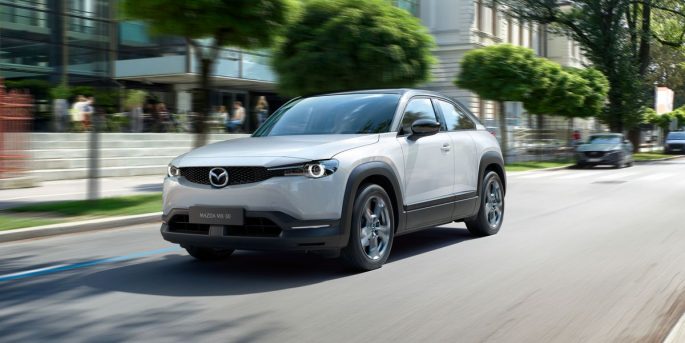 The post The Mazda MX-30 Combines A Wankel Rotary Engine, Hybrid Technology, and Isn’t Trying To Be Normal appeared first on BangShift.com.