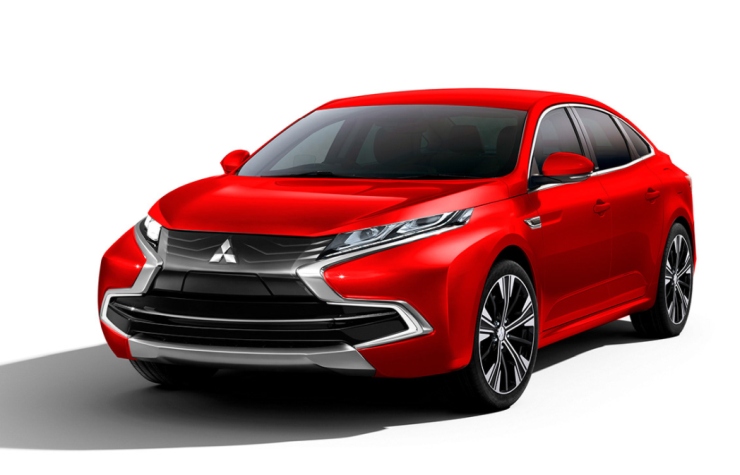 Mitsubishi Lancer has been one of the most popular sedan of its time. This sporty looking Japanese sedan has been a project car for many modifications in the past and we still have several examples of modified Mitsubishi sedans in the country. Sadly though, the Lancer has been discontinued. Things might soon be changing as Mitsubishi is planning to bring back Lancer Evo in a new form. These rumours have been around for a while and here we have render image of what the next-generation Mitsubishi Lancer might look like.

The render images have been created by artist Kleber Silva. He has made several renders of upcoming vehicles in the past. The next-gen Mitsubishi Lancer however looks very futuristic. It won’t be wrong to say that it would looks a lot like a concept model. The front of the upcoming Mitsubishi Lancer looks a lot inspired by some of the other models sold by the manufacturer in the international market.

The front of the car gets an ‘X’ shape with sleek headlamps, air dam and nose is all included in that unit. There is a chrome garnish running on both sides which gives it a premium look. The lower part of the bumper of gets silver coloured skid plates. From the images it looks like, the Lancer has grown in size. It looks bit more longer and wider than the older generation sedan.

The render image definitely portrays the upcoming Lancer as a premium sedan with machine cut alloy wheels and chrome garnish around window. The new gen Lancer would be getting an all LED headlamp and the rear also get a split LED tail lamps. The tail lamps are stretched towards the middle of the boot and there is large Mitsubishi logo their as well.

Towards the bottom, there are twin exhaust with chrome tips that looks very premium on the sedan. Overall, the upcoming Mitsubishi Lancer in artist’s imagination looks very modern and premium and is nothing like the last generation. There were reports earlier that Mitsubishi was planning to launch the next-gen Lancer as a crossover but, recent reports deny that possibility. The upcoming Lancer sedan will be a 4-door sedan based on Renault-Nissan-Mitsubishi platform. It is likely to get a 2.0 litre turbocharged petrol engine paired with a DCT gearbox. Meanwhile, Mitsubishi is all set to make a comeback into India: Click here to read more about it.