Renault Duster has been one of the trend setter SUV in its segment. It was very popular in the segment when launched and other manufacturers followed the trend later. The competition in this segment is pretty high and it competes with cars like Hyundai Creta, Kia Seltos and the Nissan Kicks in the segment. In order to keep up with the competition, Renault has now launched the Duster SUV with an all new engine option. It is now available with a 1.3 litre turbocharged petrol engine that generates 154 Bhp. It was showcased earlier this year at the Auto Expo. Prices for the turbo petrol engine version starts at Rs 10.49 lakh, ex-showroom, making it a lot cheaper than the turbo petrol engined variants of the Kia Seltos and Hyundai Creta.

The launch of Renault DUSTER equipped with the 1.3L Turbo Petrol engine marks a new chapter in the DUSTER journey in India. This is a world-class engine and powers our successful global SUVs and Crossovers like Kadjar and Arkana. DUSTER has achieved an iconic status in one of the most dynamic automotive markets. Over the years, adventure enthusiasts and numerous Indian families have established a strong bond with this True SUV. The bold and more powerful DUSTER will surely inspire more people to join the growing family of adventure seekers and explore new terrains and horizons, as well as enjoy the effortless driving experience. 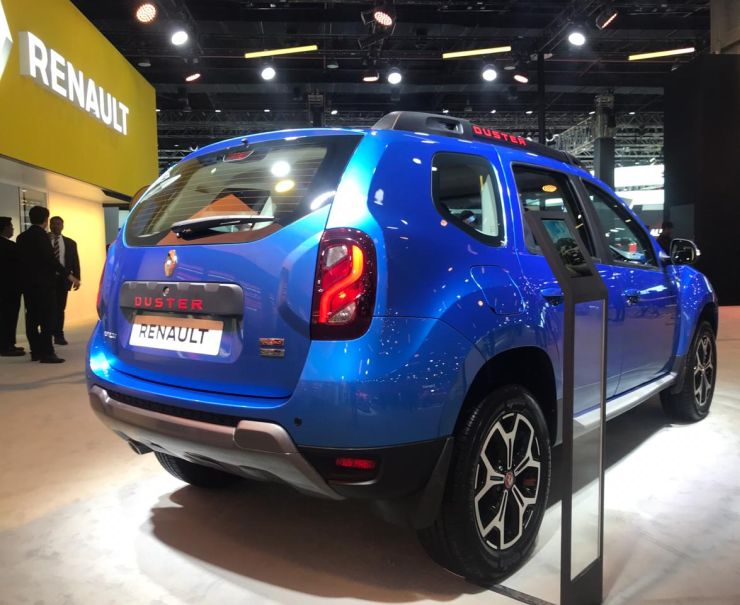 Renault Duster is now available with a 1.3 litre turbocharged petrol engine that generates 154 Bhp and 254 Nm of torque. The engine is available with both manual and CVT gearbox options. This is the same engine that was recently introduced in Nissan Kicks. The 1.3 litre engine is not only powerful but fuel efficient too. The manual transmission version with 6 speeds has a claimed fuel efficiency of 16.5 kmpl whereas the CVT automatic version returns 16.42 kmpl. Apart from this nothing much has changed in the Duster except for the new Forza diamond cut 17 inch alloy wheels and red accents.