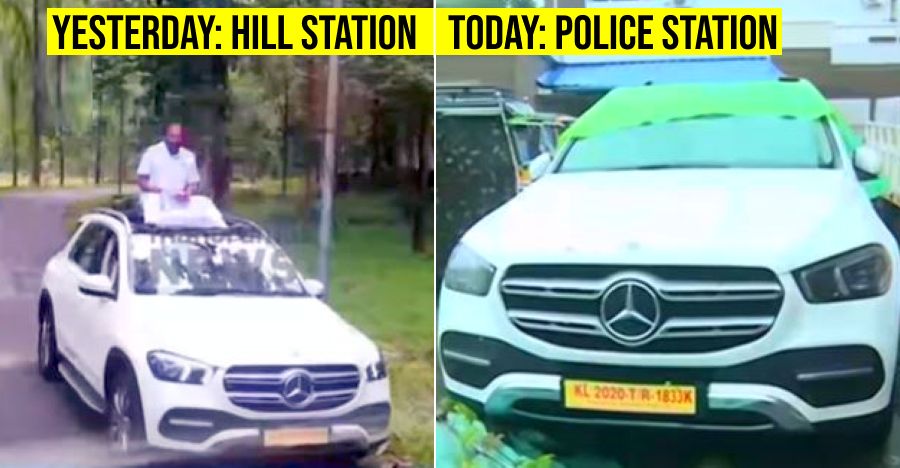 Roy Kurian who was recently arrested for violating COVID-19 lockdown rules and partying at a club was booked for holding a roadshow to celebrate the delivery of his new trucks. After the Kerala Police lodged a formal complaint, they have now seized all the vehicles that were involved in the roadshow. It includes a Mercedes-Benz GLE and seven to eight Bharat Benz trucks. The total cost of the seized vehicles is estimated to be in multiple crores.

Owner of a granite business, Roy Kurian landed in trouble after he took his newly delivered Bharat Benz trucks for a photoshoot near a dam and then took out a roadshow. Kurian was in the lead car, which is a Mercedes-Benz GLE while the trucks followed him in the streets. He was giving opportunities to the bystanders to click pictures and even came out of the sunroof to sit on the roof of the car. There is a picture of him waving at a police car too.

With the videos becoming viral, the Kerala state police lodged a complaint on Tuesday. Yesterday, the cops seized the trucks and the Mercedes-Benz GLE. The video of the trucks and the car parked at a police station has become viral on the Internet. The video shows that the expensive Mercedes-Benz GLE parked amidst the other seized vehicles in the parking lot. The cops booked Roy Kurian and the drivers of the trucks for driving dangerously on the roads.

The seized Mercedes-Benz GLE still carries a temporary number plate even though the car is few months old. This is because of the Kothamangalam RTO refused to recognise the GLE as a BS6 vehicle and asked for related documents. The incident happened a few months ago and it is surprising to see that the car remains unregistered.

Nonetheless, the cops have said that they will not decide the fine or the punishment for the violation. It will be decided by the court itself. Kurian or the drivers have been booked but they have not been arrested.

Due to the rising number of patients of COVID-19 pandemic, states have restricted the movement of citizens to only need-basis. A few states are even under a complete lockdown to bring down the spreading of the COVID-19 cases. It is not known if Kurian and the truck drivers have been charged for breaking the social distancing norms but the cops have informed that only dangerous driving case has been registered.