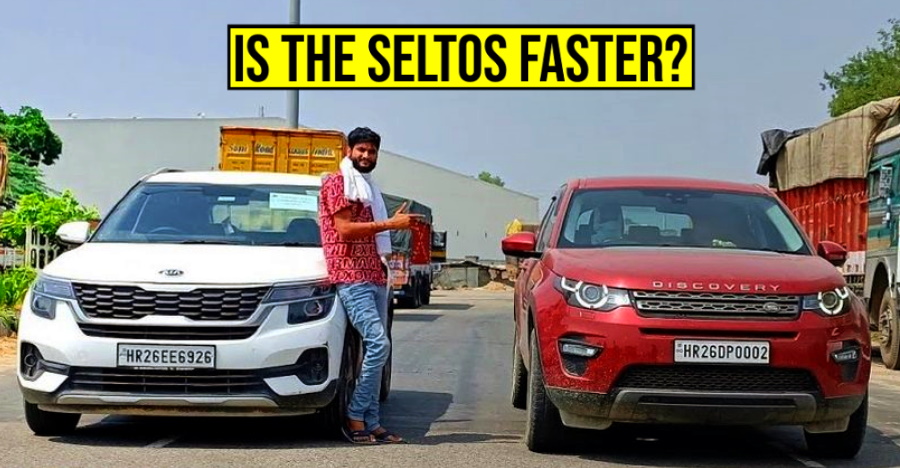 Drag races are a good way to find which car offers better initial acceleration. While acceleration is dependent on various factors, it gives a fair idea on which vehicle is quicker off the line. Well, here is a video that shows a drag race between Kia Seltos and Land Rover Discovery Sport. The video has been shot on an empty road but it is a public road and such races are illegal. We are using the video to give an idea between the initial acceleration of both the vehicles.

Now you may ask how Kia Seltos wins the drag race even though it is much less powerful. The answer lies in the weight of the vehicles and the power-to-weight ratio. The land Rover Discovery Sport diesel weighs around 2.6 tons while the Seltos diesel-automatic weighs around 1.3 tons. The Discovery Sport weighs nearly double that of the Seltos and that’s why it lags behind during the initial acceleration. Once the Discovery Sport starts rolling, it becomes much quicker and faster compared to Kia Seltos. That is why the Land Rover Discovery wins the rolling drag race at 50 km/h.