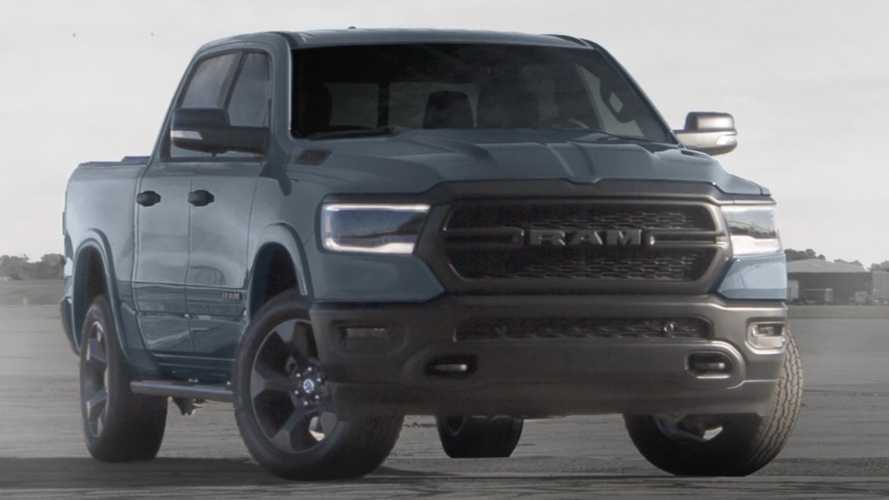 “Ram continues to honor all of those who serve or have served in the United States armed forces with distinction through our latest ‘Built to Serve’ offering,” said Mike Koval Jr., Head of Ram Brand, FCA – North America. “The ‘Built to Serve’ adage is something Ram Truck owners, whether civilian or military, are very familiar with as it’s something we strive to build into every truck and van we produce.”

Each of the five U.S. military service branches has been or will be honored by Ram with two specially selected exterior paint colors that evoke the spirit, the mission and history of that service. One of each branch’s “Built to Serve Edition” models is offered in a new low-volume paint option exclusive to this program.

The “Built to Serve Edition” Ram trucks are offered in the following colors and limited numbers:

All-terrain tires
Electronic-locking rear axle
Hill-descent control
Front suspension skid plate
Steering gear skid plate
Fuel tank skid plate
Transfer case skid plate
Tow hooks
Heavy-duty off-road-calibrated front and rear shock absorbers
Ram "Built to Serve Edition" packages are available on all body styles and all powertrains.
According to the U.S. Department of Veterans Affairs, approximately seven percent of the U.S. population is an active member, reserve member or veteran of the armed services.
As part of the "Built to Serve" initiative, Ram is bringing further attention to its volunteer initiative called Ram Nation. Ram Nation has been organizing grassroots volunteer events since 2015 and, through the launch of the "Built to Serve Edition" trucks, is reinforcing its commitment to recognizing those who serve our nation and our communities.
Ram Nation is recruiting individuals to donate their time and to volunteer in their own communities across the nation. In addition to activating the Ram Nation volunteer corps across the U.S., Ram is extending the invitation to all individuals, regardless of whether or not they are a Ram truck owner. To join and learn about new Ram Nation volunteer events, new members can register at www.ramtrucks.com/ram-nation.html.