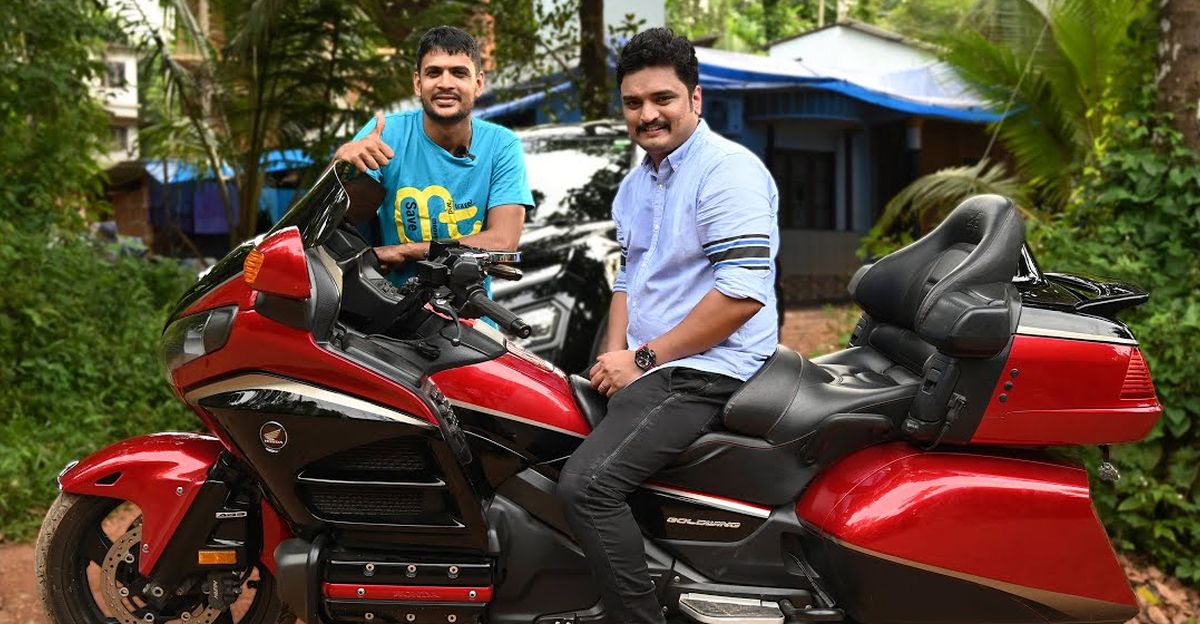 Honda Goldwing is a massive touring bike and it has a large fan base around the world too. The Goldwing is a rare motorcycle in India and since it costs a lot, not many can buy it. Here is an enthusiast YouTuber who has bought his dream bike – the Goldwing from revenues of his channel and by saving money. Here are the details.

The YouTuber wanted the 40th-anniversary edition of the Honda Goldwing and he did a country-wide search to find it. He finally found the motorcycle that he wanted in Odisha. It is a used motorcycle but he has not mentioned the price he paid for it. The bike has about 14,000 km on the odometer reading, which is not much. The reliable engine from Honda can keep on going for thousands or even lakhs of kilometres without any problem. The owner of the Goldwing also borrowed money from his brother, which he plans to return soon.

The Honda Goldwing 40th Anniversary problem was launched in 2014  to celebrate 40 years of the model. The bike was officially launched in India and it apart from the car-like features that it offers, the Goldwing comes powered by a massive engine. Powering the all-new Goldwing is a 1,832cc, liquid-cooled, straight six-cylinder engine. It is an extremely relaxed engine that produces a maximum power of 118 PS at 5,500 rpm and peak torque of 167 Nm at 4,000 rpm. It gets a five-speed manual transmission as well.

This is the facelifted version of the Goldwing, that came with new sleek body panels, which made it much more aerodynamic. The imposing look of the massive bike sure grabs a lot of attention on the roads. The bike sure looks like an SUV in the ORVMs and it does come with a long list of features that no other motorcycle offers.

The Goldwing gets an infotainment system, complete with waterproof speakers. Riders can play music on the go and can even connect devices like iPhone and iPod through USB directly to the system. It is also the only bike in the market to offer an airbag system. Honda introduced the airbag in Goldwing way back in 2006. Since the bike is extremely heavy, Honda also offers an electric reverse system, which allows the rider to park it in tight spaces and corners. For long-distance riding, you also get the cruise control system that you can engage and relax.

The price of the new Honda Goldwing 40th Anniversary edition was Rs 28.5 lakh without the airbag and Rs 31.5 lakh with the airbag. Both prices are ex-showroom. We are not sure about this variant here though.